The Future of Media: Concepts and Trends for Communication in 2022. 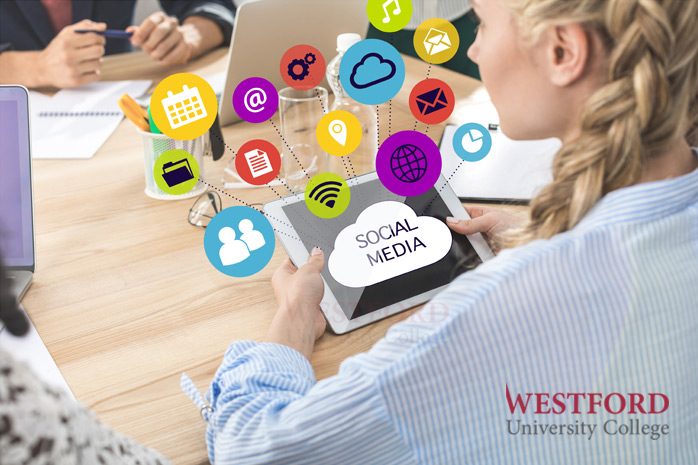 Communication is the unforeseen force that undoubtedly connects humans in a symbolic process whereby reality is produced, maintained, repaired, and transformed. Today, the world is innovatively propelled by the swift technological advancements that empower every individual to be more connected than ever before. The mainstream introduction of the internet during the 1990s has brought new and exciting communication techniques. People around the world are highly driven by digital media channels, that allow users to connect instantly across borders from different locations around the world. Communication has never been this diverse, whether it is an individual discussion with family, friends, and colleagues or a popular brand’s messages to a clientele base. Before the significant changes in technology that have improved communication, the primary responsibility for promoting normal socialization behavior would have been disseminated by institutions such as the family, schools, or religious organizations. However, the growth of the mass media in contemporary society has acted as a “powerful socialization agent”, and as a result, the socialization process has shifted to organizations such as multimedia broadcasters and the Internet social media.

The World Wide Web transformed the world by increasing the capability to share information and communicate with others regardless of time and place. Since its inception, the world wide web has helped organizations and individuals share information without difficulty, making communication a lot easier for all. The inventor of the world wide web, British computer scientist, and Time Magazine’s top 100 most important people of the 20th century, Sir Tim Berners-Lee, visualized and saw the web as a powerful driven source for social change. This breakthrough was perceived to help both individuals and organizations to connect and work together. From 2004-2014, the world has observed how the web evolve into a more social platform. Online community web users, more commonly known as Netizens, have been active to bridge the distance through social networking applications, making conversations with people all around the world in real-time. Netizens progressively converse using social media via the web with others and share opinions, news, knowledge, pictures, audio, and video. Over the years, we have seen a shift from mass media, institutions, and organizations, as the dominant contributors toward more personal and social use of the web.

As the world steps towards the future, the inception of social media has paved the way for digital transformation that has influenced how organizations, businesses, and brands build relationships with their customers. This phenomenon has impacted traditional communication occupations to create a stronger need for social media communication talents and experts in the field. The result has led to the creation of new jobs for social media professionals building a new landscape for what the communication industry will look like in the coming years. Social media has taken over the domains of business, advertising/marketing communications, and additionally the education sector to lead in the development of new talents in the field.

It is blatantly evident that in the present day, the world turns to digital platforms for entertainment, news, and for trade. This phenomenon has been creating opportunities for businesses to progress and reach a wider target audience. According to the Pew Research Center in 2021: the digital media industry will continue to grow, with about 86% of American adults consuming some of their news online. As the audience for online media grows, so does the number of platforms. For businesses and organizations, sustaining an online presence that allows them to effectively communicate with their audience is critical. To name a few, social media apps like Tiktok have redefined the cultures of communication through their astounding way to communicate with style. The same has been noticed with WhatsApp which has revolutionized the practice of Messaging (IMs). On YouTube, influencers can create outstanding content for public consumption in the same way as with Facebook, Twitter, LinkedIn, and Instagram. The significance of the future of social media in communication has been a popular topic among its variety of users that has further fueled the discussions on the topic.

As specialists, who have earned a communication degree, look ahead- there are key areas of growth that are likely to shape future careers within the field of media and communications. Social media managers, digital media managers, content strategists, and communication specialists often focus on executing communication strategies through digital means including social media messages, blog posts, landing pages, blogs, and many more. While observing the other side of the social media spectrum, there are movements, advertisements, and products broadcasted on a variety of social media platforms which have been seen as an effective avenue to create, increase and develop their businesses and brands’ presence. Social media has empowered organizations to reach their target audience irrespective of geographical boundaries.

The future of social media looks tremendously exciting in the coming years. It has never been assignificant and relevant, previously. The industry in the social media spectrum, and the developments relevant to it, have opened new doors and career opportunities in the field of media and communications. The internet has facilitated an opportunity for all and has surpassed everyone’s expectations. Indeed, not only has social media made communication simple but also has been serving as an effective tool for netizens to voice out their views and opinions as they enjoy the benefits of communicating without barriers.

Why Should You Launch Your Start-up in a University?

How an Executive MBA Can Help You Develop Agility & Adaptability in Your Career?

5 Reasons Why You Must Consider Doing Your DBA!